Beyond the Hotline: How We Can Prevent the Crisis that Might Bring On a Nuclear War 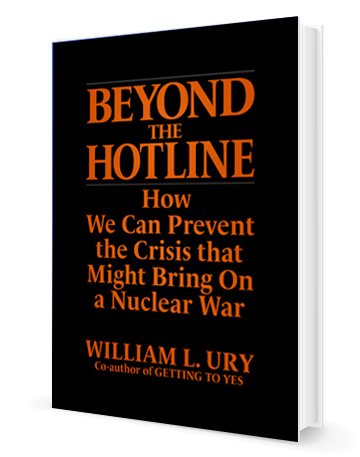 In Beyond the Hotline, William Ury provides an informed, candid view of Cold War relations, as he lays out a comprehensive crisis control system designed to prevent nuclear war.

In Beyond the Hotline, you’ll learn:

View the table of contents or read a chapter from Beyond the Hotline.

Other books by William Ury include Getting to Yes with Yourself, The Power of a Positive No, Getting to Yes, and Getting Past No.