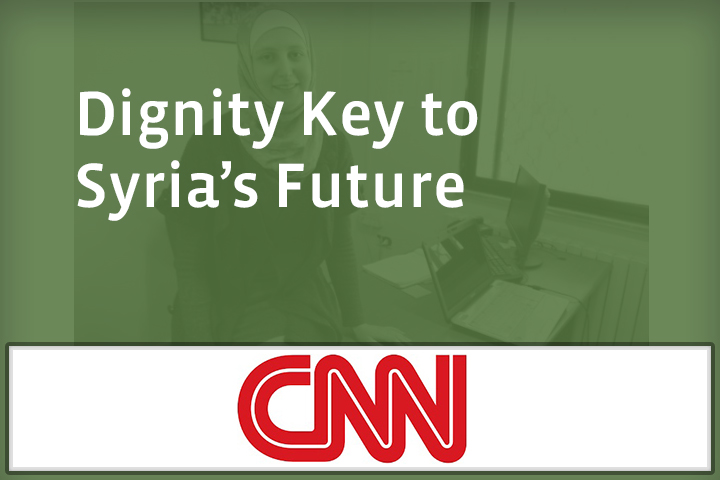 Editor’s Note: David W. Lesch is the Ewing Halsell Distinguished Professor of History at Trinity University in San Antonio and author of ‘Syria: The Fall of the House of Assad.’ William Ury is the co-founder of the Program on Negotiation at Harvard Law School and co-author of ‘Getting to Yes.’ In 2012 they co-founded the Harvard-NUPI-Trinity Syria Research Project.”

(CNN)Bashar al-Assad’s government may have suffered significant military setbacks in recent weeks, but the civil war continues to rage in Syria. Meanwhile, diplomatic efforts since the Geneva process last year have been impeded, in part because of inadequate representation of Syrian opposition groups from within the country.

What has been lacking is a Syrian-driven process leading to a Syrian-constructed vision of a future that is acceptable to a critical mass of Syrians. Will the new dynamics on the battlefield create space for a real political dialogue that could generate movement toward conflict resolution? Certainly, the reinvigorated armed opposition means that the regime’s narrative that it is the only side that could win and reunite Syria no longer seems tenable. But principled compromises are needed on the many issues that divide Syrians.

Unfortunately, until now, compromise has often been perceived as capitulation. So rather than forcing the parties to reluctantly accept settlement by default, Syrians can move toward a better future by focusing on a concept that is important to all Syrians: dignity.

Since the beginning of the uprising in 2011, anyone who has spoken with Syrians on all sides will have found that perhaps the most profound sentiment expressed is a desire for dignity. People talk eloquently of how their dignity has been threatened or destroyed through various forms of humiliation. Restoring it offers an ideal that embodies active, positive processes.

And dignity should not be dismissed as simply an impractical, abstract concept. It has practical applications based on real interests that can be broken down into tangible categories: personal, economic, political, and socio-cultural.

Personal dignity has to do with better ensuring personal safety, freedom from torture and other forms of personal repression, and developing a national environment of respect and justice. Economic dignity relates to creating more equitable economic growth, generating opportunity for all Syrians, and reducing the endemic corruption that inhibits equitable growth and opportunity. Political Dignity encompasses the building of strands of governance that allow for more individual participation in the processes that determine policies at the municipal, provincial, and national levels. Socio-Cultural dignity refers to the protection of Syria’s religious and ethnic diversity as well as to gender equality, developing a socio-cultural compact that reflects the desires, wants, and needs of Syrian communities within an acceptable national construct.

A classic negotiation strategy is to look behind the positions of the parties for underlying needs. Dignity is a shared universal need, so another strategy for dealing with a seemingly intractable conflict like the one in Syria is “fractionation,” which means breaking down the problem into more doable, bite-sized challenges. Developing common visions on smaller issues founded on dignity can generate agreement on larger political issues.

Whether under the auspices of the United Nations and/or some well-placed international NGOs, conferences and workshops could be organized around the different categories of dignity. Both Syrian government representatives and viable Syrian opposition elements should be invited. A dialogue based on underlying needs and interests — the building blocks of dignity — can better navigate a way through the divisive issues that have hampered progress to date.

Most Syrians, regardless of what side they now identify with, recognize that the Syria that existed prior to the uprising cannot — and should not — be resuscitated. Instead, a tapestry of principled compromise founded on the concept of dignity can be stitched together to act as the foundation for a new Syria. Carrying out this paradigmatic shift within the difficult circumstances that exist today in Syria is a daunting task, but it is one worth pursuing if only because the stakes and the suffering are so high.

No Replies to "Dignity Key to Syria's Future"