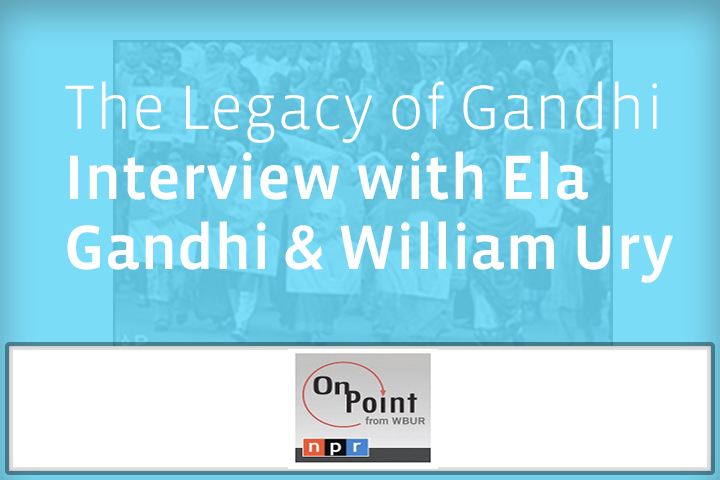 Interview with Ela Gandhi & William Ury about the legacy of Mahatma Gandhi. Mohandas Gandhi — the great promoter of human rights and perhaps one of the most influential men of the 20th century — brought independence to India in 1947. His teachings against colonialism, racism and violence informed and inspired Martin Luther King and the Civil Rights movement, and Nelson Mandela and the fight against apartheid in South Africa.