In Talks, G.O.P. May Have to Just Say Yes 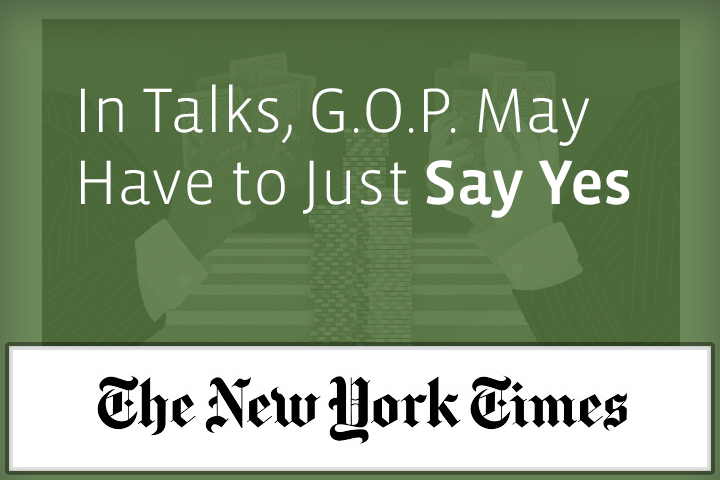 IN their book, “Getting to Yes,” Roger Fisher and William Ury introduce what may be the most important concept in the theory of negotiations: the best alternative to a negotiated agreement, or Batna. Knowing your true Batna — and your adversary’s — is critical in bargaining. A vivid example from the entertainment world illustrates the concept and offers some useful hints about how the current fiscal negotiations in Washington are likely to unfold.

The Warner Brothers 1999 hit comedy “Analyze This” portrays a mob boss (Robert De Niro) and his psychiatrist (Billy Crystal), who share a passion for the recordings of Tony Bennett. With the film almost completed — and with Mr. Bennett already an integral part of the plot — the studio finally got around to approaching the crooner with an offer of $15,000 to sing “I’ve Got the World on a String” in the movie’s closing scene. But as Danny Bennett, the singer’s son and business manager, later explained, the executives made a fatal mistake by not scheduling this conversation sooner: “Hey, they shot the whole film around Tony being the end gag and they’re offering me $15,000?”

Had studio officials made their offer at the outset, they would have had much more leverage. If the Bennetts demanded an unreasonable sum, the filmmakers could have rewritten the script and used some other singer. At the 11th hour, however, Warner Brothers’ best alternative to a negotiated agreement was to spend hundreds of thousands of dollars reshooting the film. In the end, the studio paid Tony Bennett $200,000 for a brief cameo appearance.

A similar logic is shaping the current negotiations between President Obama and Congressional Republicans. The Republicans want to keep everyone’s tax rates the same while raising revenue by closing tax loopholes yet unspecified. The president, for his part, wants to restore the 39.6 percent top tax rate for families earning more than $250,000, while maintaining current rates for everyone else. But with the Bush tax cutsscheduled to expire at year’s end, the Republicans face a hurdle similar to the one that confronted Warner Brothers.

In the earlier instance, both sides knew that failure to reach agreement would be far more costly to Warner Brothers than to Tony Bennett. Here as well, both sides know that failure to reach agreement before January will be much more costly to the Republican negotiators than to the president. That’s because expiration of the Bush tax cuts lets Mr. Obama confront the Republicans with an extremely unpalatable choice.

If the year ends without a deal, tax rates for everyone automatically revert to those in effect when President Bill Clinton left office. Neither side wants that to happen, but if it does, the president has a strong hand to play. On Day 1 of the new Congressional session, he could propose legislation that would restore the Bush tax cuts for families with incomes under $250,000. Republicans could then vote in favor, in which case the president gets exactly what he had hoped for; or they could vote against, in which case they will have blocked a reduction in almost every voter’s tax rates. They may wish that these weren’t the alternatives they face, but both sides know that many Republicans would find the second option politically untenable. 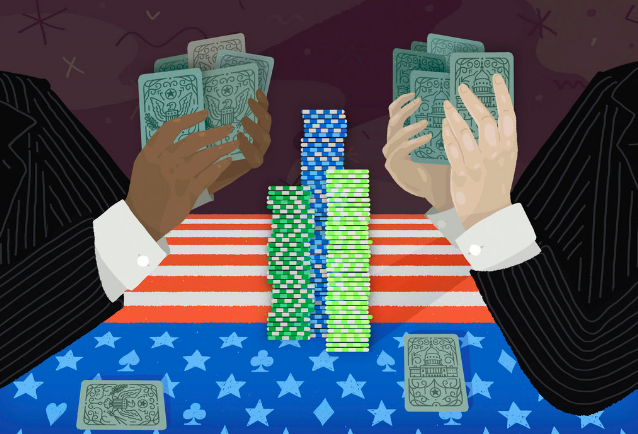 That realization appears to have led some Republicans to resurrect their time-honored claim that because many top earners own small businesses, higher top tax rates would severely compromise job creation. But that argument flies in the face of the basic cost-benefit test that governs rational hiring decisions. As every economics textbook on the subject makes clear, a business will hire additional workers whenever, and only whenever, their contribution to the bottom line promises to exceed their pay. If that criterion is satisfied, hiring makes economic sense, no matter how poor the business owner might be. And if it isn’t, no hiring will occur, even if the owner is a billionaire.

An awareness of the weakness of their negotiating position may also explain recent Republican attempts to portray the impasse in Washington as a fiscal cliff that poses an unthinkable disaster for the nation. But as Jonathan Chait of New York magazine has argued, the fiscal cliff is a bad metaphor for the situation we are facing. Because middle-class tax rates would be unlikely to remain higher for long, they would have little impact on overall spending. And as the president would tell voters, even that limited impact can be avoided by making the middle-class tax cuts retroactive to Jan. 1.

THE same goes for so-called sequestration — the across-the-board spending cuts to defense and other non-entitlement spending that automatically start to occur after Jan. 1 in the absence of a budget deal. As both sides recognize, blanket cuts are a terrible way to reduce government spending. But here, too, getting to year’s end without an agreement would strengthen the president’s hand.

Government programs exist because at least some constituents want them, which makes even wasteful ones extremely difficult to cut. Both parties could curry favor by embracing proposals to restore money for the programs that voters value most, and the president could delay cuts while Congress was debating those proposals.

In short, the nation faces not a fiscal cliff, but rather a gentle fiscal slope.

Getting to January without a deal would cause anxiety that everyone wants to avoid — especially Republicans, since opinion polls suggest that most voters will blame them if negotiations break down. But the president and Republicans would prefer to reach agreement now on whatever they would be willing to agree to after new year.

Let’s hope they move rapidly. Any such agreement, however, will be heavily shaped by knowledge of what would otherwise happen after Jan. 1. As Mr. Fisher and Mr. Ury wrote, Batna is the only standard that can protect negotiators from accepting terms that are too unfavorable and from rejecting terms it would be in their interest to accept.

Some have likened today’s negotiations to a game of chicken, in which the loser is whichever of two cars on a head-on collision course swerves first. But that metaphor isn’t instructive without some additional texture: if Republicans are driving a Chevy Spark, the president is driving a Mack truck.

No Replies to "In Talks, G.O.P. May Have to Just Say Yes"