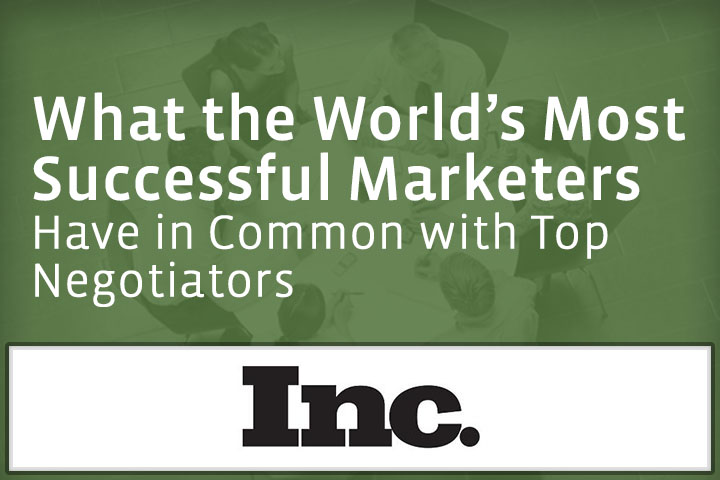 At the height of the Cold War a young anthropologist named William Ury decided to study one of the most important issues of his day. During the late 1970s and early ’80s, Ury became fascinated with the paradox of how the most rational species to every walk the earth had come so dangerously close to destroying the entire planet. He observed the behavior of the world’s most powerful leaders with the clinical eye of a scientist and determined the main problem was a set of shared human assumptions about what it took to effectively negotiate.

In those days, it was taken at face value that each side in a negotiation would do everything they could to gain the upper hand. Whether through trickery and manipulation or brute force, all sides would dedicate all their energies to making one thing happen: achieving a unilateral win.

Ury realized how counterproductive domination had become as a strategy. In response, he developed a new form of negotiation in which opponents would work together to try to get more for everyone involved in order to avoid losing everything. Ury’s work culminated in a book called Getting to Yes (with co-author Roger Fisher) that would eventually become the signature text on effective negotiation. If you’ve heard the terms BATNA or “win-win,” you’re familiar with his work. The concepts found within that book are now used in environments ranging from Fortune 500 boardrooms to car dealerships.

In an age in which everyone can find nearly infinite alternatives with a few mouse clicks, attempting to trick and bully competitors into doing what you want is as obsolete as flint arrowheads. Along with inclusive negotiation tactics, hard sales techniques and interruptive advertising have increasingly given way to transparent marketing that seeks to educate and entertain potential customers. Yet 21st century business people still struggle to both negotiate with others and market themselves.

Why? Typically it’s because they fail to define in advance what it is they really want.

Regardless of whether you’re attempting to get the most favorable terms in a deal or more prospects to take an action, it is essential to first get clear on your most desirable end result, along with the one you absolutely cannot live without. Fortunately, William Ury has taken this on as his newest challenge. His most recent book Getting to Yes With Yourself provides strategies for dealing with the eternal emotional cave dweller that lives in all of us. It is by having a dialogue with him or her that you can ultimately deal with others in a way that will make life, and business, better for everyone involved.