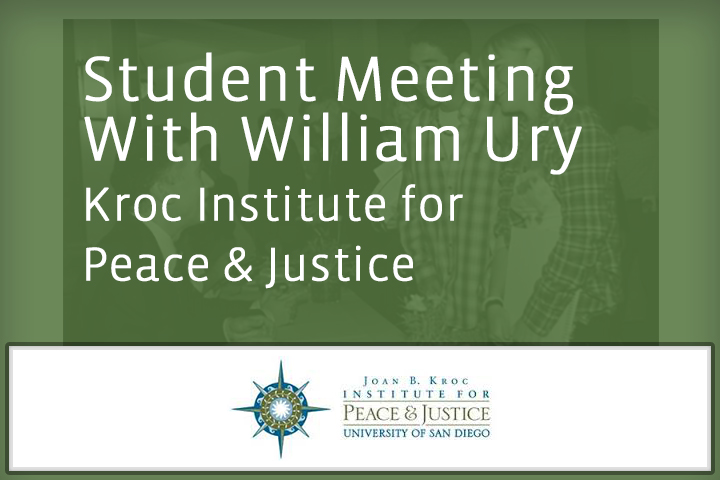 More from this event:

Delivered on the 18th of November, 2009 at the Joan B. Kroc Institute for Peace & Justice
Joan B. Kroc School of Peace Studies at the University of San Diego
San Diego, California

William Ury
From the Boardroom to the Border: Negotiating for Sustainable Agreements

The following is an edited compilation of an interview with William Ury conducted by Dee Aker, deputy director of the Joan B. Kroc Institute for Peace & Justice (IPJ), and a private meeting with graduate students from the Joan B. Kroc School of Peace Studies and the International Master of Business Administration program at the University of San Diego (USD). Both the interview and the meeting were held on Nov. 18, 2009.

No Replies to "Interview and Student Meeting with William Ury"