You Want What? Four Tips for Civilized Negotiating 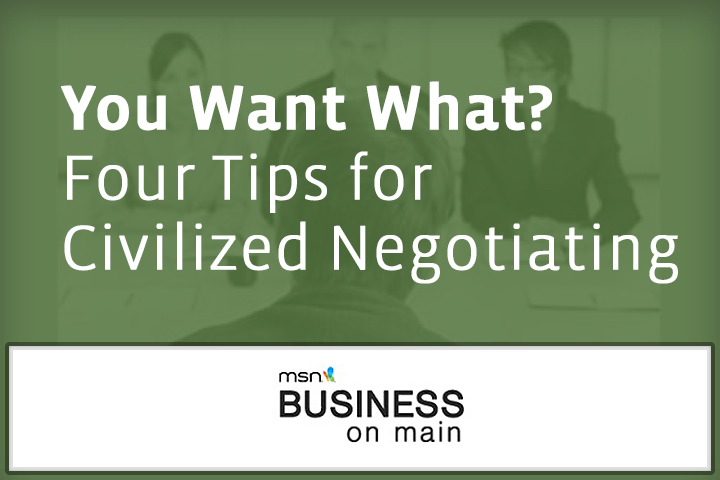 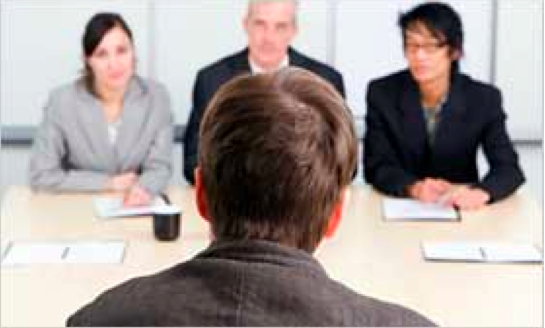 From the debt-ceiling debacle to the NBA lockout, negotiation has been getting a bad rap. Learn how to become an effective negotiator and achieve a win-win outcome.

From the debt-ceiling debacle to the NBA lockout, today’s news would make you think the terms “negotiation” and “take it or leave it” are interchangeable. One side wants one thing, the other wants something else, and the path between polarized ends is an obstacle course of ever-changing hurdles and jagged maneuvers that leads, too often, right back to a stalemate.

“Conflict is a growth industry,” write Roger Fisher and William Ury, authors of the 2011 edition of the best-selling 30-year-old book “Getting to Yes.”

“Look at Washington or Wall Street,” says Ury. “We’re reeling in this country because we’ve been used to a pie that was expanding. Now it feels like the pie is shrinking, and that engenders finger-pointing, unproductive behaviors and lose-lose-lose outcomes that make things worse for both sides and for the surrounding community. There’s never been a time when we need negotiation more.”

Negotiations star in national and international headlines — but they’re equally important to the success of small-business leaders, whose calendars are monopolized by negotiation discussions. As proof, Ury asks entrepreneurs two questions:

– How much time do you spend on negotiation — broadly defined as give-and-take discussions — to reach agreement with others? “Most say 60 to 70 percent,” Ury says. “And when I ask if that percentage has stayed steady or gone up over the past 10 years, universally they say it’s going up.”

– In reviewing your most important decisions last year, how many were you able to make unilaterally and how many required shared decision-making or negotiation? “Most say at least nine of 10 required negotiation,” Ury says.

He adds: “Small-business leaders negotiate with customers, suppliers, co-workers, employees, banks, government, and with kids, parents, just about everybody. Negotiation is the pre-eminent approach for making decisions, and the vast majority of those decisions involve people with whom we have ongoing relations we hope to maintain. For that reason alone, we need to remember what negotiation is. It’s dealing with our differences in a civilized, civil manner.”

1. Conduct interspace negotiations, which advance your own interests in conjunction with the interests of those on whom your business depends. Take these steps:

– Understand your own interests behind your positions.

– Understand the other person’s interests.

– Create a solution that meets both sides’ interests as best as possible.

2. Ask the right question. Negotiation isn’t an arena for sports metaphors, Ury says, so don’t ask who’s winning or who’s giving in. The thought of giving in, he says, “gets everyone’s goat.

That’s why we subtitled the book ‘Negotiating Agreement Without Giving In.’The important question to ask is whether your interest is being met. That’s the whole purpose: To advance your interest and, because the solution depends on agreement from others, to also advance the interest of others as well.”

3. Don’t negotiate via email. “Email is great for exchanging information efficiently but a very poor tool for communicating emotion,” Ury says. “It’s commonly misread and very challenging because it triggers such an instantaneous response. People push ‘send’ before thinking about it, and worse, they often hit ‘reply all,’ immediately escalating the conflict.”

Instead, he says, “Go to the balcony. Go for a walk or workout. Do what it takes to calm and center yourself, to regain perspective, and to clarify what’s in your best interest to say next. Most often you’ll hit ‘delete’ and pick up the phone or meet in person to let the other side hear the context of your response.”

4. Listen. “Listen not just to words, but to what’s behind the words,” Ury advises. “Listen not just to refute, but also to gain insight about the other person’s point of view and interests. You can’t possibly influence someone if you don’t first listen. Negotiation is about listening more than talking. We were given two ears and one mouth for a reason.”

Finally, don’t be afraid to negotiate. Political news may be smearing the term “compromise,” but cooperation remains the key to outcomes that benefit not one but all of us. Ury ends with a quote from JFK, “who once famously said, ‘Let us never negotiate out of fear, but let us never fear to negotiate.’”

No Replies to "You Want What? Four Tips for Civilized Negotiating"