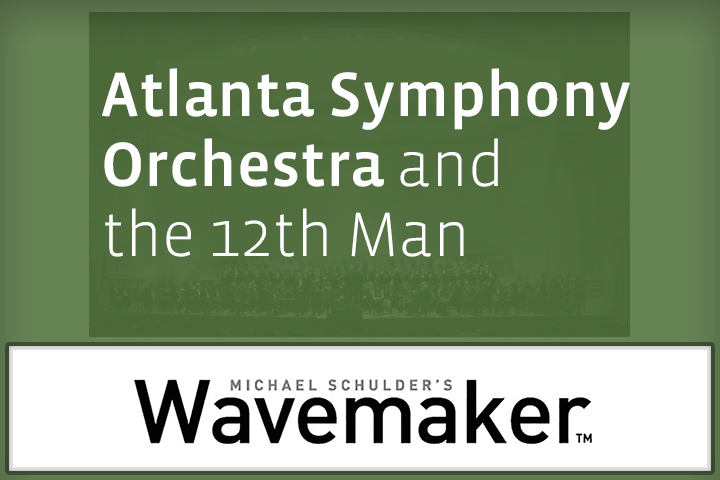 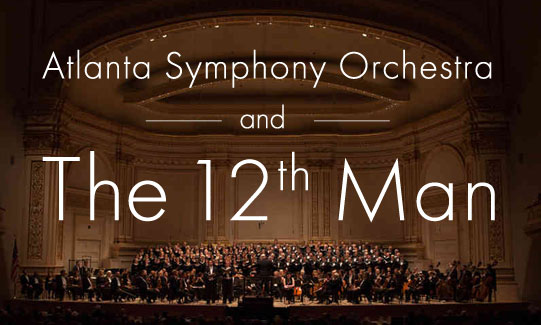 How can the Atlanta Symphony Orchestra’s 12th Man be a game-changer?

The 12th Man, in football parlance, refers to the fans.

11 men from each team are on the field.  The 12th Man fills the stands.

The home team feels its energy – and transfers that energy into its performance.

Many of us who are closely following the ongoing developments at the Atlanta Symphony Orchestra – the ASO – are part of its collective 12th Man.

We are its fans and supporters.  Many of us are current donors.  Others of us may become significant future donors.

We recognize the immeasurable value that this artistically preeminent orchestra adds to our city.

With no ASO performances on the horizon, and the symphony currently locked out of Symphony Hall, the 12th Man’s attention has turned to what’s happening off stage.

In an effort to get a fresh perspective, I called the esteemed mediator William Ury – co-author of the classic negotiator’s bible, Getting to Yes, (and soon-to-be-published Getting to Yes With Yourself), and co-founder of the Harvard Program on Negotiation.

Our conversation left me more optimistic than I was before I made the call.

I briefed Ury on the crisis at the ASO.

I told him about management’s determination to eliminate the persistent budget deficits.

I told him the ASO management made a Last, Best and Final Offer — a carefully defined legal term that, as we have seen, can have severe repercussions.

I told him management had locked out the musicians, delayed the season indefinitely, and that, as we were speaking, the musicians’ health insurance benefits were expiring.

I told him there was little trust between the negotiating parties.

I told him that while salary and health benefits were major points of contention, the biggest impasse was this:  Who will have the authority to decide whether to replace musicians who leave the ASO or retire?   Who will determine whether the size of the orchestra – the “complement” – holds steady, expands, or continues to shrink?

William Ury’s first reaction:  Both sides must “go to the balcony.”

Going to the balcony is the image William Ury has planted in the minds of leaders who have sought his advice over more than three decades.

By “going to the balcony, “ Ury means leaving the stage you are on, and the passions and anger expressed on that stage, and looking at the situation from above – to get a fresh perspective.

After the balcony – what then, William Ury?

“Did I ever tell you the wizard story?” he asked me.

I thought he was going to give me a parable.  Instead, he gave me a history lesson.

“I went to Geneva in the early 1980s to visit the U.S.-Soviet arms control talks,” said Ury.  “There hadn’t been any arms control agreements since the 1970s.  Seven years without an agreement. …

“We were having lunch with the negotiators,” Ury recalls.  “I asked them:  so, it seems seven years ago you came up with a slew of arms control agreements.  Why were you able to reach agreements then and not now?”

“Back then,” replied one of the negotiators, “we had the wizards.”

“The wizards,” Ury was informed, “were two Americans and two Russians.  All four were bilingual – each spoke Russian and English.  All were technically knowledgeable about nuclear weapons.  All were at a lower level than the Ambassador and hence, they joked, they were disposable.”

What did these wizards do?

“Whenever there was an impasse the wizards would shoot the breeze” in search of an idea that could break the impasse.  “They would ask a lot of ‘what if’ questions.”

The wizards did not have the authority to impose a solution.  Their only mission was to come up with fresh ideas that could break an impasse.   Often, their ideas worked.

What we need now in Atlanta, suggests William Ury, is our own group of wizards.

Such a group, he says, would make it possible to “separate the process of inventing ideas from making decisions.”

Why is it important to separate those two essential elements:  inventing ideas and making decisions?

Because, says Ury, in his experience, formal negotiations often breed caution among the participants.  They typically do not produce the ideas that steer a destructive process in the right direction.

How large a group of wizards do we need?

It should be a small group, says Ury.  Five to seven people.   Perhaps two from management, two musicians, and two donors or other members of the community.

Does this team organize itself or is it appointed?

It can emerge either way, says Ury.

Where would they meet?

Preferably off the work premises.  Piedmont Park.  Someone’s home.  Wherever.

Returning to Ury’s inside story of what helped make the U.S. – Soviet arms control talks successful in the 1970s – it is best if the wizards are not high level officials – that they are not the men and women who have led the negotiations.

It is critical, he says, that this special corps of problem solvers be knowledgeable about the issues, respected, and that the decision-makers have access to their ideas.

Ury advises that such a group, when it hits on a plan that it believes in, “comes up with a text.  You don’t say ‘this is the plan’ and then try to impose it.  You start circulating the text around to get people’s input.  You get momentum behind an alternative set of ideas that can actually grow the pie rather than continuing the fight over a shrinking pie.”

“It has to be fiscally responsible over the long term,” says Ury.  “And it has to preserve the magic of the symphony.”

Dear Wizards:  The 12th Man is counting on you.

No Replies to "Atlanta Symphony Orchestra and the 12th Man"