Expand the Pie Before You Divvy It Up 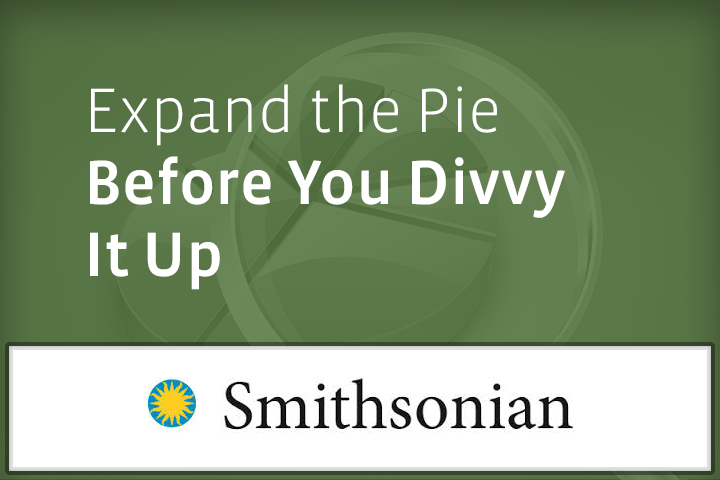 “Expand the Pie Before You Divvy It Up”
Sound half-baked? Not to Bill Ury, coauthor of the “negotiator’s bible,” as he mediates a peace talk between the Russians and the Chechens

“One of the things I’ve learned is, this is like jazz. It’s improvised. There’s no written score.” William Ury is surprisingly relaxed as he tosses off these observations about the process of negotiation to Smithsonian writer Doug Stewart. Ury is in a hotel lobby at The Hague, awaiting the arrival of a delegation from Chechnya, so that he and his team can mediate peace talks between them and a Russian delegation. And already, there are a few wrinkles — word has just reached Ury that the Chechens didn’t want to use their Russian passports, causing problems on entry into the Netherlands; and now they’re protesting their hotel accommodations.

But, as Ury says, it’s all part of the improvisation, and he has had a lot of practice. Ury has been running negotiation seminars, studying how various cultures handle conflict and helping to mediate international disputes since 1981, when he and Roger Fisher wrote Getting to Yes: Negotiating Agreement Without Giving In. Dubbed “the bible of negotiation,” the book skyrocketed to best seller lists around the world — two million copies in 21 languages, and counting. The brand of negotiation they preach, which they call “principled negotiation,” emphasizes the process of seeking common interests with the adversary rather than staking out positions and then painstakingly narrowing the gap.

It sounds good on paper, but how does it work in practice? To find out, writer Doug Stewart traveled to The Hague to witness Ury and his negotiating team in action at the International Peace Palace. From his vantage point inside the negotiating room, Stewart describes down to the smallest nuance the unfolding roller coaster ride of emotional outbursts, deafening silences and — eventually — fleeting moments of real communication.

No Replies to "Expand the Pie Before You Divvy It Up"