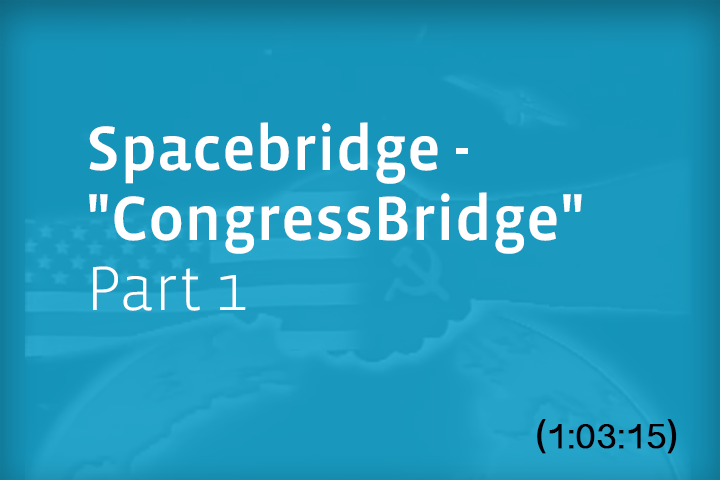 The first “face-to-face” meeting of members of the US Congress and the USSR Supreme Soviet, in Washington DC and Moscow studios. Produced by Internews Network, this 3-hour link-up in April, 1987 was a practice session for the “Capital to Capital” series that began broadcasting live in both countries later that year. Participants were Georgy Arbatov, Adina Blokhinova, Vadim Zagladin, Nikolas Vlazenkivov, Georgy Kalashvili and Kiril Lavrov of the USSR Supreme Soviet — and US Congress members George Brown (D), Clay Shaw (R), Alan Cranston (D), Claudine Schneider (D), Jim Leach (R) and Tom Downey (D). The hosts were Leonid Zolotarevsky, an anchor for Gosteleradio, Soviet State TV, and William Ury, the Harvard-based conflict mediator and author of “Getting to Yes”.

No Replies to "Spacebridge "CongressBridge" Part 1"