The Ancient Path Through Palestine 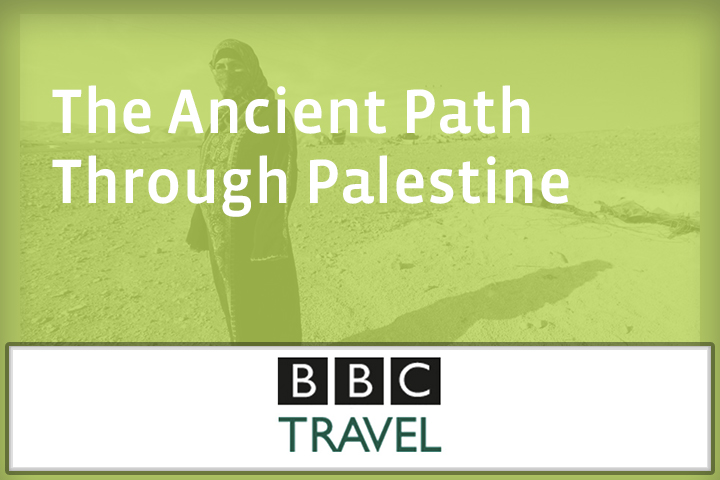 Infamous for walls and checkpoints that keep people apart, the Palestinian Territories are united by a walking trail tracing the footsteps of Abraham, the father of Islam and Judaism.

Shamous is the snappiest of dressers. She matches fluorescent pink Wellington boots with turquoise leggings and a black ra-ra dress. Playing on the shell of a burnt-out go-kart, she sticks her nose in the air and grins cheekily through the desert wind.

The sparky four year old lives in Ras al-Auja in the West Bank, where Bedouin huts sit between Roman archaeological remains and tumbling waterfalls. Her mother and father are among some 25 families who welcome visitors to stay in their homes along the Masar Ibrahim al-Khalil, a 321km walking trail across the Palestinian Territories.

The Masar Ibrahim al-Khalil is a 321km walking trail across the Palestinian Territories (Credit: Leila Molana-Allen)Noura Abu Khurbesh loves seeing Shamous and her three other children take a shine to guests. “They are happy when new visitors come ‒ they give them presents and play with them,” she said. “I want my children to know how to receive foreigners, to do this work when they grow up.” 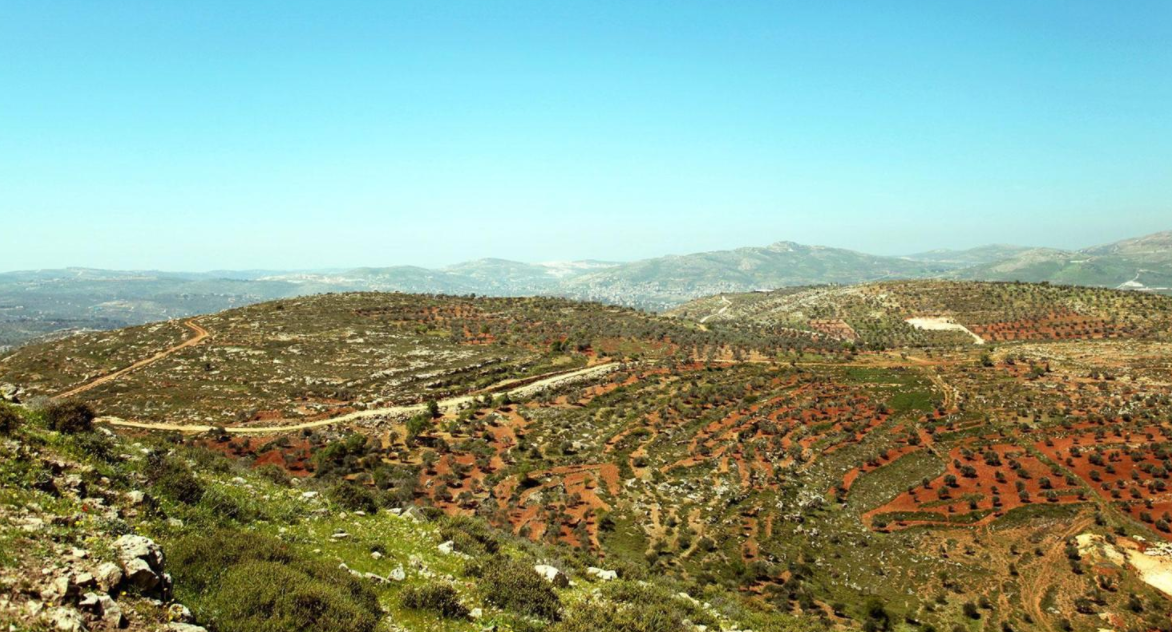 The Masar Ibrahim al-Khalil is a 321km walking trail across the Palestinian Territories (Credit: Leila Molana-Allen)

Noura Abu Khurbesh loves seeing Shamous and her three other children take a shine to guests. “They are happy when new visitors come ‒ they give them presents and play with them,” she said. “I want my children to know how to receive foreigners, to do this work when they grow up.”

People see this place as ‘The Holy Land’ and forget the people who live here.

Snaking through the West Bank from the city of Jenin in the north to the city of Hebron in the south, the Masar Ibrahim is part of a wider project, the Abraham Path, a long-distance trekking trail celebrating the route taken through the Middle East by the man held by some as the father of Arabs and Jews.

War has stalled the path in Syria, and the route in southern Turkey passes through what is currently less-than-secure territory. But the West Bank section has been one of the most successful. Hundreds of foreign tourists and local Palestinians walk the path every year, crossing cultural and religious boundaries and breaking down stereotypes.

“People see this place as ‘The Holy Land’ and forget the people who live here ‒ how they live and think,” said Zaid Alazhari, the path’s field co-ordinator around the city of Nablus, a little more than 70km north of Jerusalem. “This is a way for Palestinians to have a choice about telling the world their story.” 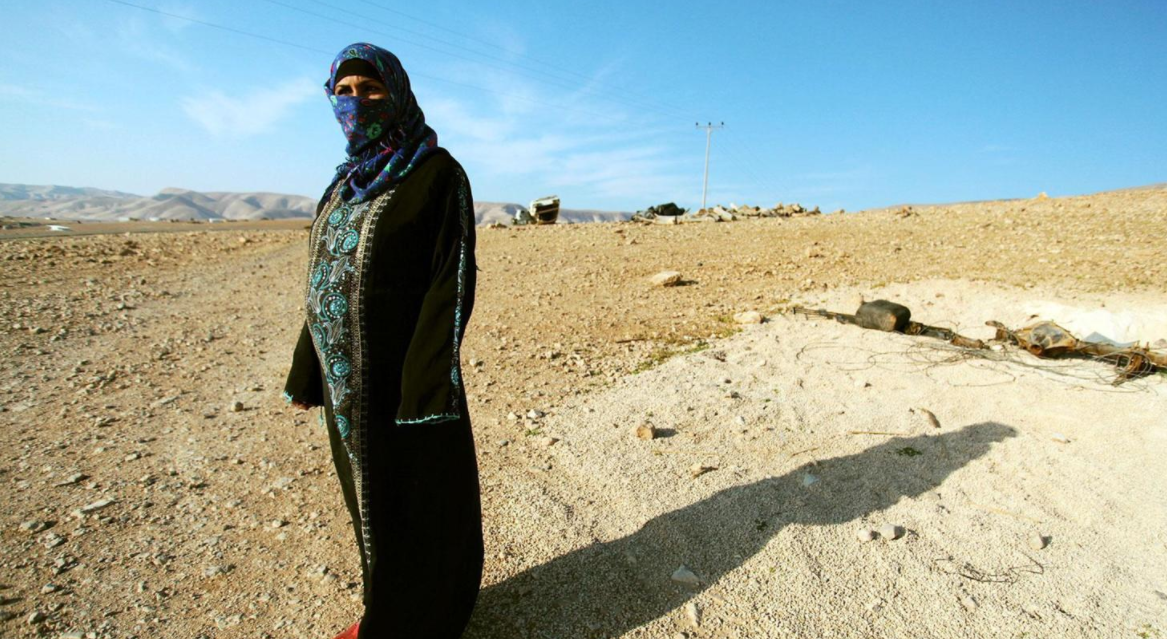 Khurbesh: ‘I want my children to know how to receive foreigners, to do this work when they grow up’ (Credit: Leila Molana-Allen)

Intensely aware of the scenes of violence that dominate news coverage, Palestinians are keen for visitors to see things with their own eyes.

“Many guests have said to us that when they told their friends they were going to Palestine, they got the reply, ‘There is war. That is not a good thing to do’,” said Rand Murra, whose mother operates a homestay for walkers in the village of Kafr Malik, perched 800m above sea level 25km northeast of the city of Ramallah. “But when they come here, I like hearing them say, ‘We changed our minds, and we saw the bright side.’ That is the most important thing for me.”

Over the course of three days, I, a photographer colleague and our guide wove our way south from Nablus to Ras al-Auja through olive groves and peach orchards, up rocky slopes and around field boundaries. Some were cultivated with wheat and other cereals. Others were apparently left fallow, overtaken by wild poppies and purple thorns. 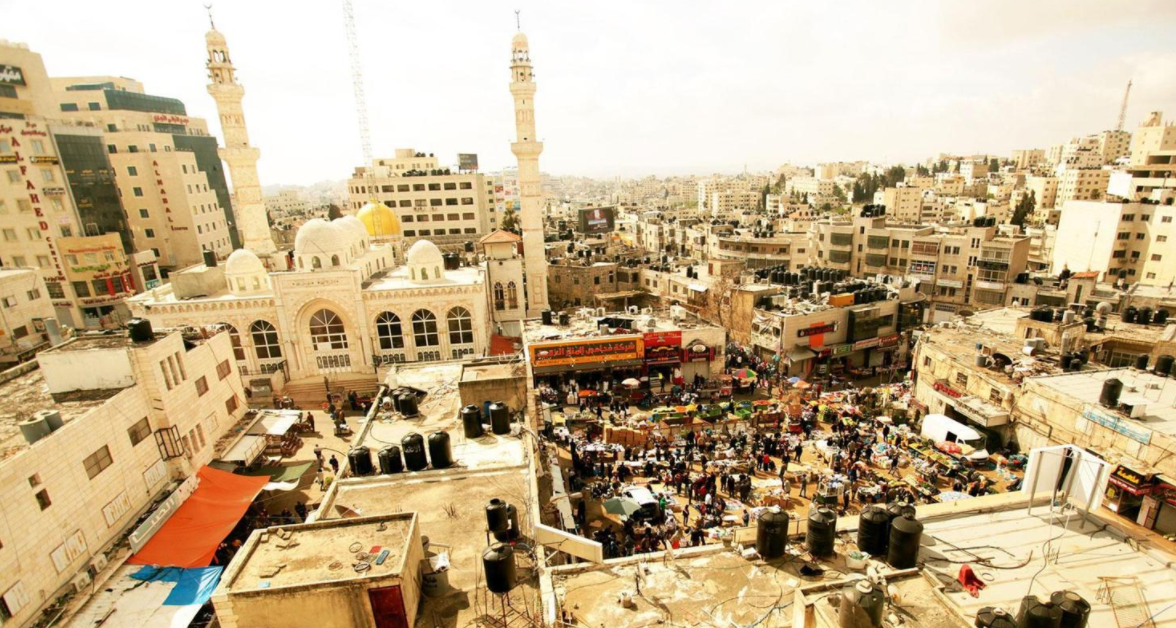 The trail offers a glimpse of everyday life in the West Bank (Credit: Leila Molana-Allen)

Creating the path has not been a walk in the park, quite literally. Masar Ibrahim’s co-ordinating team has worked hard to develop unmarked sections of the route. They’ve had to work around numerous obstacles, like military checkpoints operated variously by the Israel Defence Forces and the Palestinian Authority, where vehicles and travellers undergo ID checks and searches. At Awarta, south of Nablus, for example, walkers must travel an 8km section by car to bypass a major inspection point.

When they come here, I like hearing them say, ‘We changed our minds, and we saw the bright side.’

Sometimes, what we saw along the way made us want to cry. All the hospitality in the world cannot deter from the sadness that afflicts these lands.

We arrived in the village of Duma, 25km southeast of Nablus, at sunset on the first day of our trek. This small community of 3,500 people was ripped apart in 2015 when 18-month-old Ali Dawabsheh and his parents were killed in an arson attack on their simple, low-slung house. The air was still filled with silent sadness.

Our guide, Anwar, was from the same clan as the victims, and he showed us the remains of the burnt home. “I always bring walkers on the Masar Ibrahim to the house. I don’t like coming here, but we have to see it,” he said, looking at the ground. 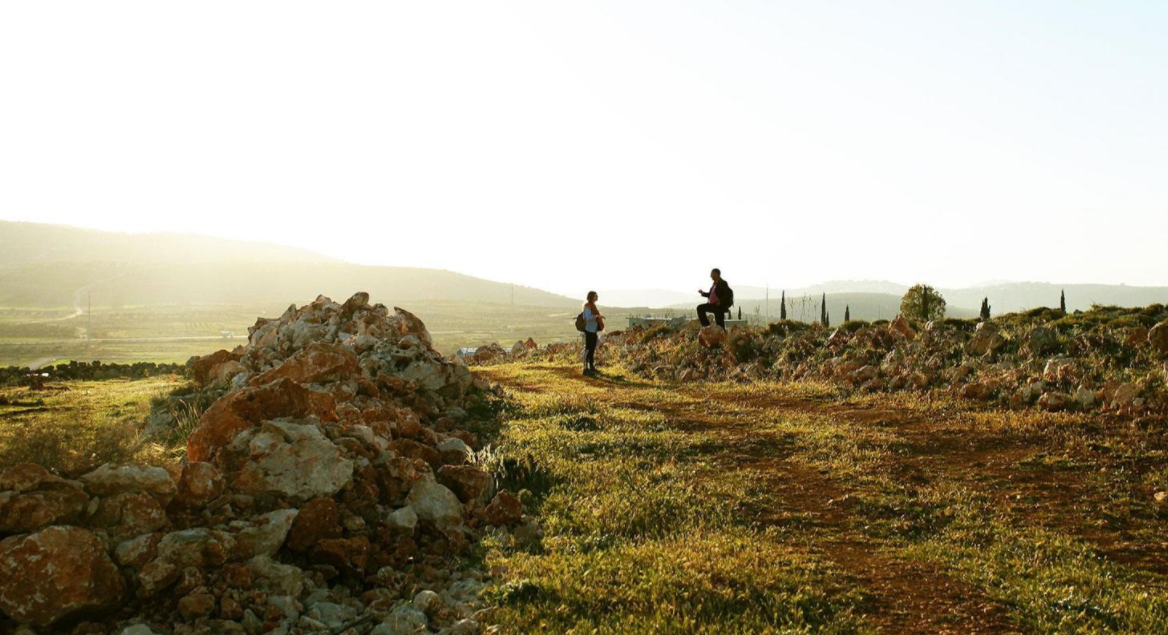 But more often than not, we were smiling. On the second day, we shared beers and anecdotes about summer nightlife with Madees Khoury, the female beer-maker at Taybeh Brewing Company. When it was established in 1994, it was the Middle East’s first microbrewery, located in the Christian village of its name.

“When people find out about our Oktoberfest, they are shocked,” Khoury laughed, explaining plans for Taybeh’s annual version of the famous German beer festival. “When they find out that I make the beer, they are even more shocked. I’m not your typical ‘girly girl’. I drive a forklift. I carry cases of beer. I fight with the truck drivers.”

In Kafr Malik, Murra’s mother, Misada Muadi, has fashioned guest accommodation in her family’s elegant three-storey home, where the 100-year-old stone walls are at least half a metre thick and arched windows line the tranquil courtyard.

Inside, every surface was covered in tatreez, traditional Palestinian embroidery. Cushions, wall hangings and chairs were lined with tiny rows of emerald, ruby and sapphire-coloured needlework. 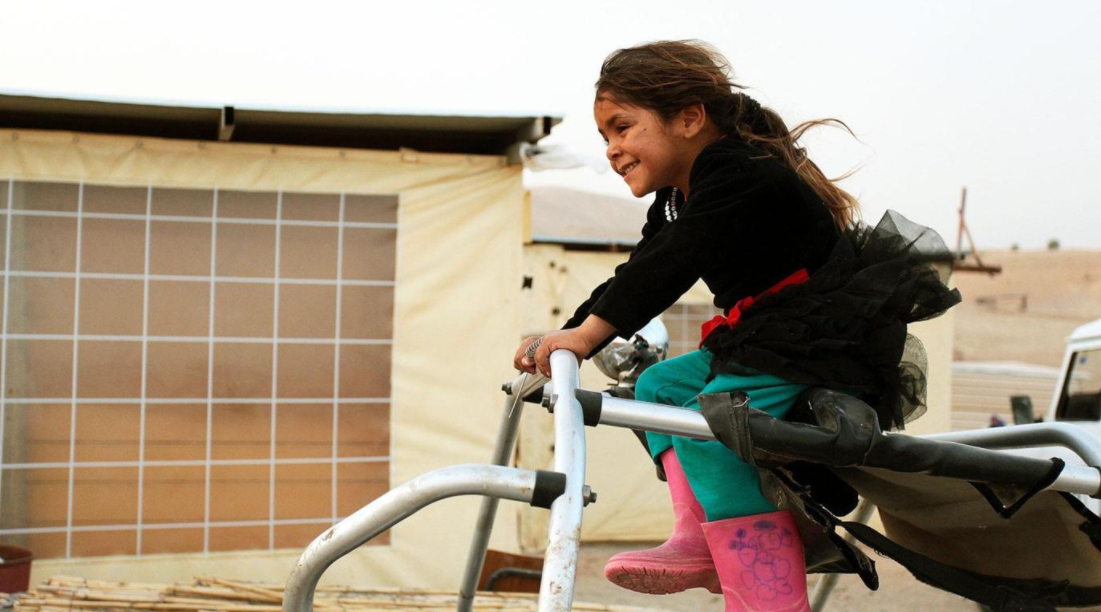 Upstairs, Murra, wearing snazzy gold shoes that gave Shamous’ pink wellies a run for their money, treated us to a fashion show. She showed us her mother’s wedding thobe, an embroidered gown in thick ebony velvet, stitched over with pink and purple threads. Such garments have been part of the region’s culture for hundreds of years. Up until the mid-20th Century, a woman’s social class and hometown could be deciphered from her robe.

More dresses appeared, in cream and red, which traditionally signifies fertility when worn by a married woman.

“You can try them on,” urged Murra. “We show these robes to guests when they come. People are inspired and really like them.”

And try them we did, to much applause from an audience of Murra’s sisters.

We always welcome everyone, whatever their language or their religion or their culture.

But despite the fun, it was impossible to forget the conflict in this part of the world. The politics are woven into the land, and we met the people who live them.

“We always welcome everyone, whatever their language or their religion or their culture,” Murra said as she put away her mother’s thobes. “We like getting to know them, and learning from their cultures and customs.”

Ali Abu Khurbesh, Shamous’s father, agreed; he does not care for carving lines between Jews and Arabs, Israelis and Palestinians. “We work with Jewish people, and we do not make any problems with them. They visit me here; we drink tea together,” he said.

“Happiness does not come through cars and offices,” Ali continued. “You can find it everywhere, and I found it here. I am Bedouin ‒ that is where I belong.” 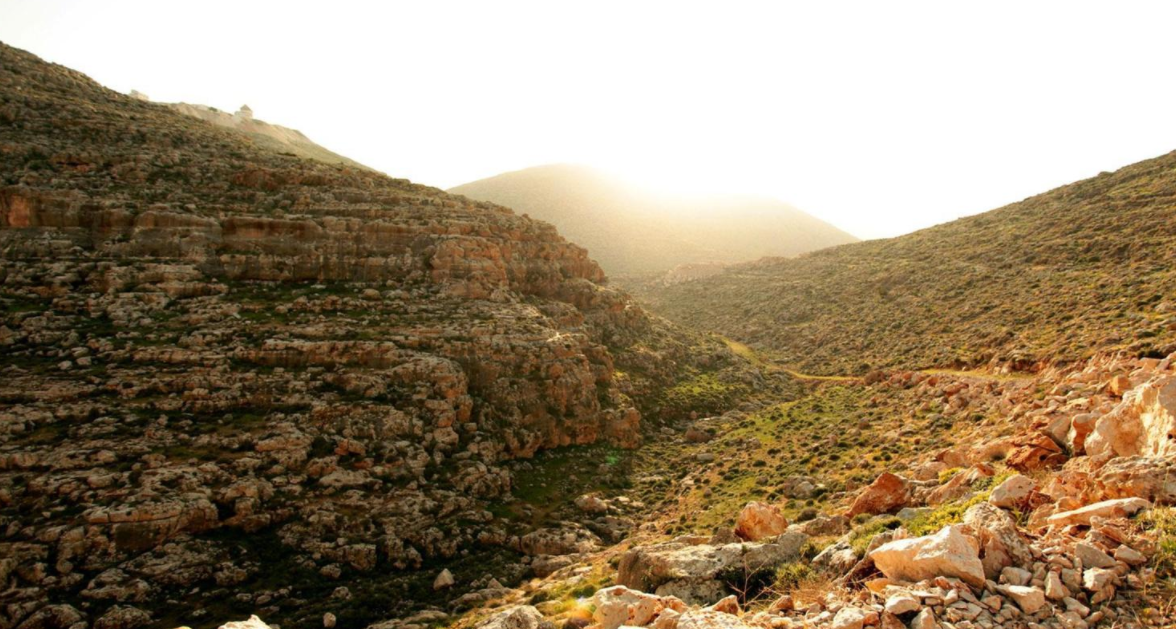 Families along the trail are proud to show their slice of the West Bank to anyone who wants to see (Credit: Leila Molana-Allen)

As the wind whipped the sandy hills outside our tent on our final night, we wondered how Shamous will build her own identity, and what walkers on the Masar Ibrahim might see when she is big enough to fit into Murra’s gold shoes.

For now, her parents are proud to show their slice of the West Bank to anyone who wants to see.

No Replies to "The Ancient Path Through Palestine"