Walking Through Israel & Palestine: Why the Abraham Path is an Exercise in Hope 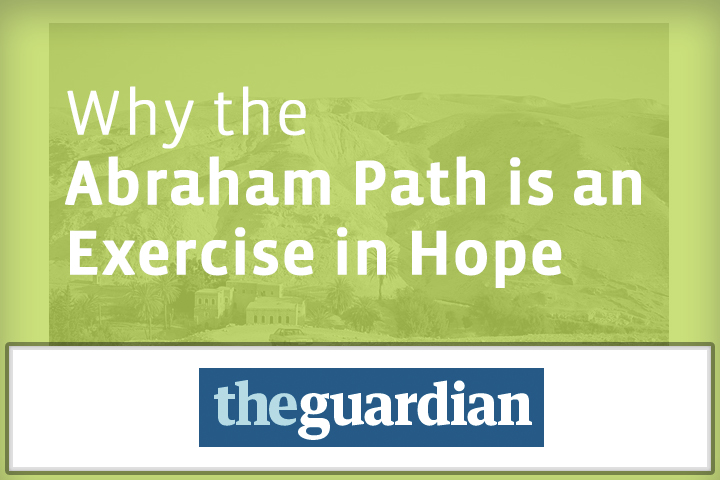 Can a plan for rural tourism in the region survive renewed violence? 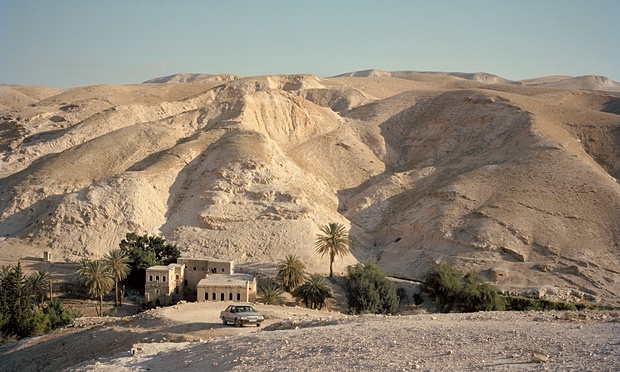 Enjoying the outdoors on the West Bank and its borders presents special challenges. On my way to a climbing trip, I have run into Israeli army flying checkpoints, and been stopped mountain-biking by police: had I heard gunshots? I hadn’t.

On the other side of the equation is a beautiful landscape – rolling desert and sharp limestone hills, carved by deep wadis where goatherds tend their flocks. It is a place of surprising encounters: youths clattering their horses across stony tracks, shady valleys full of Palestinian picnickers who invite strangers to sit down.

The Abraham Path is an exercise in the possibility of change. Conceived just over a decade ago by William Ury, an academic working in the field of negotiation at Harvard University, its vision is an ambitious one: an initiative to connect, by means of a long-distance path, places associated with the biblical patriarch Abraham, a figure revered in Islam, Judaism and Christianity. It begins among the ruins of Harran in Turkey, where tradition has it that Abraham first heard the call to “go forth”, and when (and if) it is completed, the route will pass through Syria, Turkey, Jordan, Palestine and Israel.

For Ury, it was intended as a practical exercise in negotiation. Since it opened in 2008, circumstances have reshaped some of those goals. The path, for now, has become a network of connected trails and places of encounter, much less a transnational enterprise. The conditions for the path’s eventual realisation have become more difficult – most obviously in Syria, now plunged into internecine war.

Swedish photographer Maja Daniels’ portraits and landscapes, taken before the recent outbreak of violence between Palestinians and Israelis, speak to the achievements and inherent possibilities that still remain. They also document a situation that, in just over two months, has been overtaken: the potential for rural tourism and cultural encounters in Palestinian villages is circumscribed by fresh violence.

The West Bank city of Hebron, site of the Tomb of the Patriarchs and the Ibrahimi (Abraham’s) mosque, a key site on the path, has become a flashpoint that has seen recent shootings around the holy site itself. Some villages featured in Daniels’ images, including near Efrat and Tekoa, fall into the area along the main West Bank route 60 where the Foreign Office advises against all but essential travel. Many other areas, however, such as the cliff-fringed gorge of Wadi Kelt, with its natural swimming holes and arid mountain slopes fringing the Dead Sea, remain accessible. 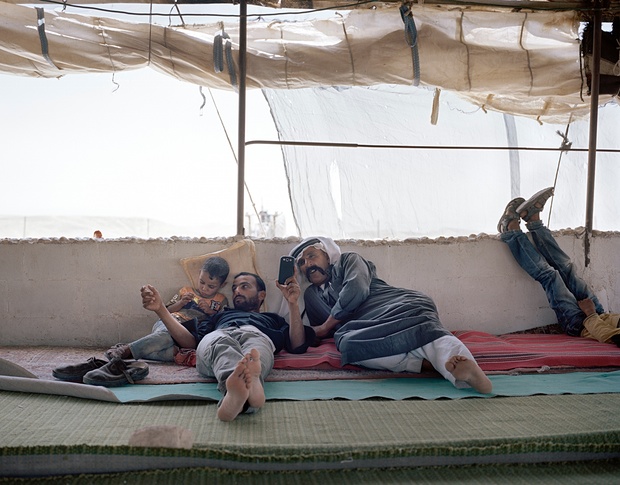 A family await a group of international tourists at their tent in Hasassa. Photograph: Maja Daniels

Daniels’ pictures capture the essence of this landscape: not the bustle of its cities, but a village life still tied to almost timeless agricultural terraces and seasonal pastures, carpeted in the spring with Persian cyclamen, shaded by wild figs. There are no soldiers or checkpoints, but the Israeli occupation itself is not missing, merely rendered as an issue of access – to water, for example – in a conflict in which an attachment to the land is strongly dramatised on both sides.

Former diplomat Stefan Szepesi, now executive director of the Abraham Path Initiative, sees it in the same way Daniels’ images do. “It is about showing a different face of the Middle East,” he says. “It is important at the moment, with perhaps a million people, mainly refugees, coming to Europe. The principal references people have are stereotypical. The path allows others to see in a profound way that the people here are not different – by walking the path, meeting people and sitting in their homes.” The West Bank sections of the path have also tapped into a burgeoning interest in Palestinian society, and more widely in the Middle East, in outdoor activities including climbing and mountain biking.

While the numbers of people on the path have been hit first by the 2014 war in Gaza, and now by the current tension on the West Bank, Szepesi says the project has still outperformed expectations. “People were predicting that no one would come. The perception at the moment is not good, and has directly resulted in foreign trip cancellations. But I was walking there yesterday.”

Matt Harms, a project officer on the initiative, has recently returned from scouting new sections of the route in Jordan. “One way in which it has been really successful,” he says, “is that it has allowed people living on the trail to tell their own story. People can go out and stay in homes along the way, and hear what Palestinians have to say. And for many of those involved, that has been as important as the economic issues.”

Harms and his colleagues, meanwhile, are continuing with their efforts. A work in progress, and a task that sometimes appears sisyphean, the path is more than a line on the map. It is an idea, and no matter what problems it faces today, that will be difficult to erase.

No Replies to "Walking Through Israel & Palestine: Why the Abraham Path is an Exercise in Hope"