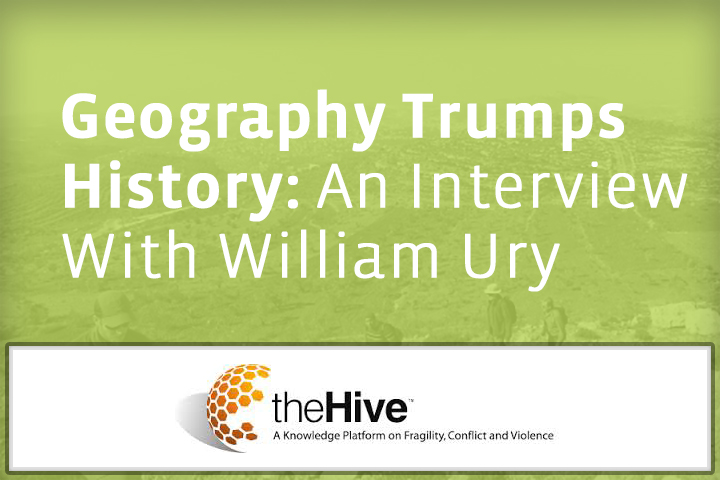 William spoke to the World Bank in DC in mid-May 2014 on the path’s vision, philosophy and history and on the World Bank project itself. It was a superb talk, eliciting a very positive response by the senior leadership at the bank. William was also interviewed by World Bank staff – read the interview below: 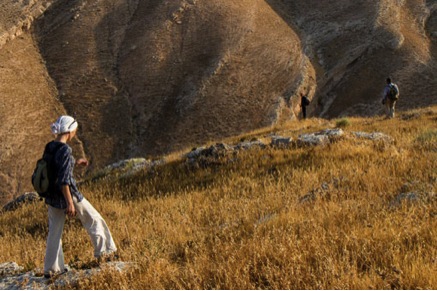 William Ury is the co-author with Roger Fisher of Getting to Yes, a ten-million-copy bestseller on negotiation, which has been translated into over thirty-five languages. In 2007, Ury founded the Abraham Path Initiative , an effort to create a long-distance walking trail across the Middle East in order to build bridges across diverse cultures through sustainable, experiential tourism. The 400-kilometer trail cuts through Turkey, Jordan and Palestine.

In a May 21 talk at the World Bank, Ury spoke about the origins and philosophy behind the project and how developing the first walking trail across the Middle East relates closely to the art of negotiation. He took a few minutes after his talk to answer theHive’s questions.

TheHive: What does walking signify for you? Was there something personal about the Abraham path that led you to get involved?

William Ury: Personally, I love to walk. As an anthropologist, I travel around the world and I was always struck by the power of walking. You have a different type of conversation when you walk. You are close to the land, and when you walk into someone’s village, they welcome you. Walking has a form of magic…The idea of a walking path that connects the land and communities and allows people to engage in community-based eco-tourism has a wonderful potential.

TheHive: The Abraham Path Initiative derives its strength from emphasizing what unites people across the Middle East: the cultural memory of Abraham. In your opinion, what is needed in addition to this shared legacy to overcome other major drivers of conflict in the region?

William Ury: the Path is a humble grassroots initiative building connections between people from all around the world and the Middle East. As a student of conflict situations in the region, my belief is that it’s not enough to do diplomacy and politics at the top if there is no change at a grassroots level. The Path tries to do that: it’s a long-term initiative that involves youth and women. However long conflict lasts, paths outlive conflicts. As the Palestinian poet Mahmoud Darwish once said: “geography trumps history.”

TheHive: One of the biggest impediments to peacebuilding is the interest that warring parties or power-holders can have in sustaining conflict. Is a change of mindset of decision-makers –rather than regular citizens – a prerequisite to conflict resolution?

William Ury: Peacebuilding has to take place at all levels and simultaneously. It’s a system that you’re trying to change so you need to involve everyone from civil society to leadership. For instance in South Africa, the transformation happened at all levels: not only at the top, but also through students, women, religious and business groups. A societal change is what is needed for conflict-resolution.

We also need to look at the long-term as it takes time to shift attitudes. What attracts me about the Path is that it’s trans-generational. A generation builds on the breakthroughs made by the previous generation. The Abraham Path Initiative offers a “step-by-step” model.

TheHive: You mentioned that the Path goes through multiple countries in the Middle East. How did local governments react to your initiative? What are the lessons learned or success stories from your initiative that could inspire governments to promote peacebuilding on a larger scale?

William Ury: The Path has been positively received by governments throughout the region, particularly Ministries of Tourism, because they are eager to receive travelers and they don’t know how to break through the barriers of misconceptions built by Western media around that region.

These days, the cutting-edge of tourism is [to organize trips] for people looking for meaning. The Path offers a narrative and a larger story that attracts people to take a certain perceived risk and find out that it’s much safer than they thought it was. In that sense, the Path is a good attracter of people to the region.

No Replies to "The World Bank interviews William"