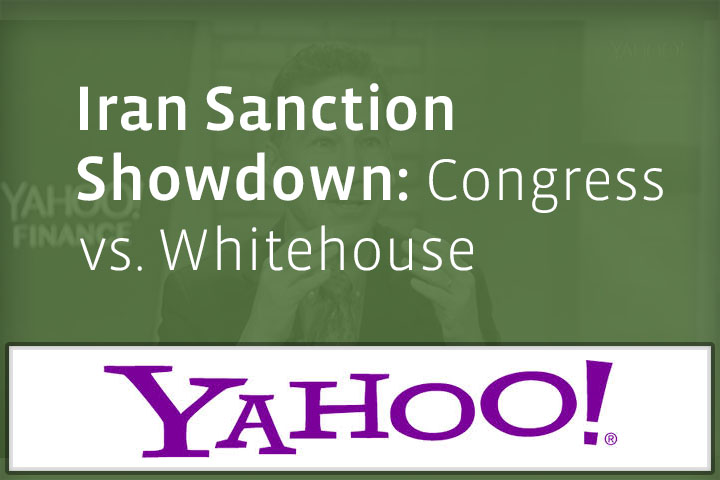 The first showdown between President Barack Obama and the new Republican-controlled Congress looks like it will be over increased sanctions in Iran.

Iran met this Sunday with major powers to discuss its current nuclear program and to potentially negotiate. The negotiations came after five days of talks with Secretary of State John Kerry and officials from the UK, China, Germany, Russia and France. Negotiations are set to continue in early February. The goal is to reach a framework agreement by March and to complete an agreement that limits Iran’s nuclear capabilities by July.

The White House and Treasury both believe that the Congressional proposal to increase sanctions on Iran will hinder negotiations. According to White House advisor Dan Pfeiffer, new sanctions would put the U.S. in a bad place not only with Iran, but also with the world.

It appears that these proposed sanctions are a way for the Congress to get involved in foreign policy, something that the White House insists is Obama’s role. On Wednesday, House Speaker John Boehner invited Israeli Prime Minister Benjamin Netanyahu to testify in front of Congress on February 11th about threats from Iran. The White House, which typically greets foreign diplomats and heads of state, said it received no warning of this invitation and called it a breach of protocol.

President Obama promised during his State of the Union address on Tuesday to veto any sanctions bills that crossed his desk, and Congress has said that they will override those vetoes. Sen. Robert Menendez, D-N.J., said during Wednesday’s sanctions hearing, “The more I hear from the administration and its quotes, the more it sounds like talking points that come straight out of Iran.”

Menendez, the ranking Democrat on the Senate Foreign Relations Committee, has introduced a bill that would impose new sanctions on Iran if a deal isn’t reached by June. Another bill, proposed by Sen. Bob Corker, R-Tenn., would give Congress the power to approve or disapprove any nuclear agreement reached. The White House believes that this treaty is a executive prerogative, and should not involve the Senate.

On Wednesday, the Treasury’s top sanctions official David Cohen, told Congress that sanctions are not needed at this time and that they would undermine any progress made on tempering down Iran’s nuclear program.

William Ury, author and  co-founder of Harvard’s Program on Negotiation, believes that these talks are vital. “If we were to go to war with Iran, the scenarios I’ve seen don’t play out well for anyone and least of all for the world.” He believes that sanctions work only if they’re targeted and lead to negotiations “I believe that more sanctions at this point would effectively end the negotiations and would be a gift we give to the adversaries of negotiation inside Iran.”

Eurasia Group founder and president Ian Bremmer told Yahoo Finance that economic sanctions were some of the most effective means of warfare. “Using the almighty dollar,” he says, “is a much more effective tool than a nuclear arsenal.”

No Replies to "Iran Sanction Showdown: Congress vs. Whitehouse"